This second long excursion from Caraz climbs up more than fifty paved switchbacks into the Cordillera Negra. The reward is twofold: magnificent panoramic views of the northern peaks in the Blanca and the chance to ride past towering Puya raimondii. These enormous bromeliads are found in the Bosque de Winchus (Forest of Hummingbirds – which flock to the area when the puya are in bloom), at altitudes of 3900m to 4200m.

Completing the circuit in a day is a massive undertaking – better to split it into two, with a wild camp at about 3400m or, if acclimatized, near 4300m Chicarhuapunta. Between the two the terrain is so steep that finding a camp spot is extremely difficult. Take water from one of the lower villages as higher up there are no reliable sources in dry season until after the second pass. 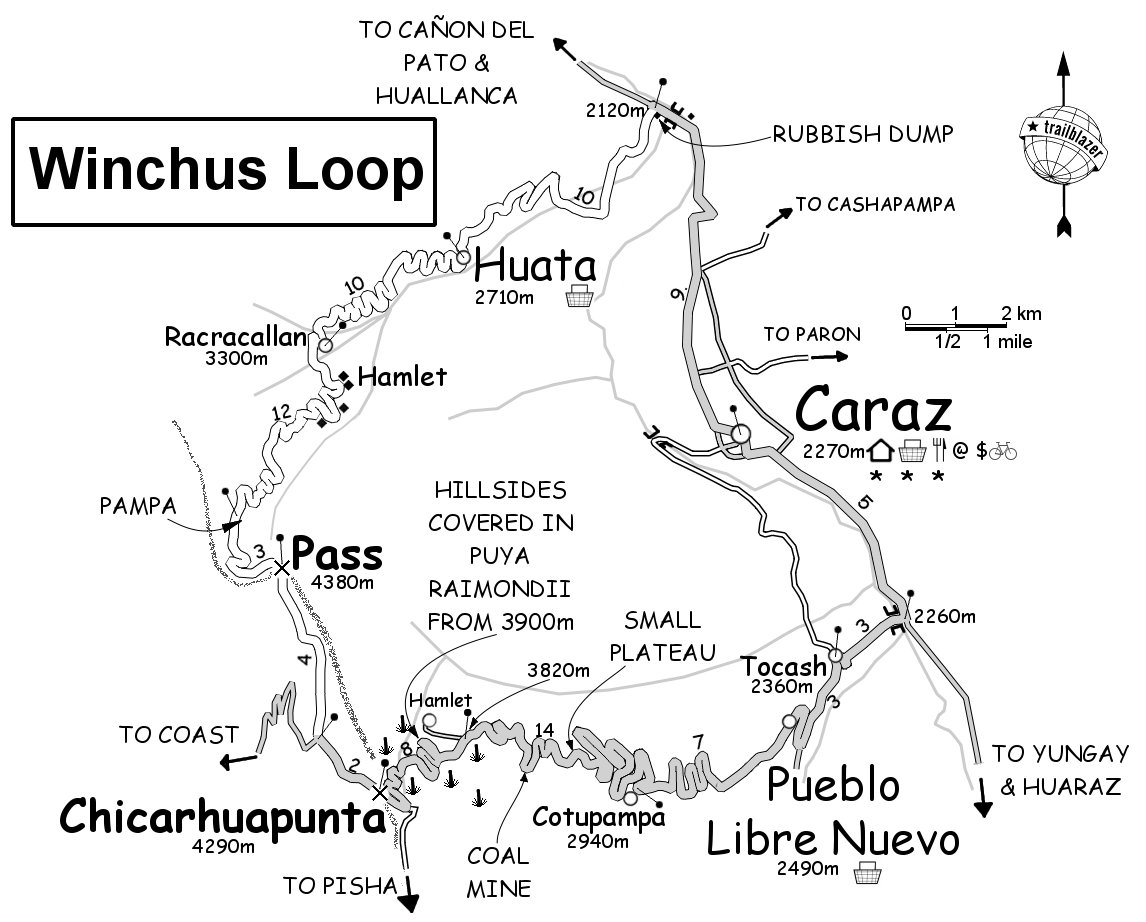